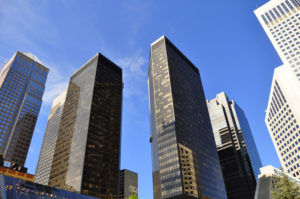 The world’s first digital circuit breaker, invented by Atom Power, has recently been certified for commercial use. According to Popular Mechanics, the technology has been listed by Underwriters Laboratories, which is the global standard for consumer safety.

The digital circuit breaker is 3,000-times faster than the fastest mechanical breaker and makes power easier to manage. Experts say this is the most radical advancement in power distribution since the development of electric power generation.

Each of these 250 fuse boxes would range from 15 to 4,000 amps at higher voltages, which can be dangerous to manually control. That’s where the digital circuit breaker comes in.

“Instead of using mechanics to switch the power, we apply digital inputs,” said Ryan Kennedy, the CEO of Atom Power. “Now I have no moving parts. Now I have the ability to connect things like iPhones and iPads for remote power management, which increases safety and improves efficiency.”

Kennedy has been developing a better electrical circuit system for the last 25 years, first as an electrician and then an engineer. After becoming a project manager, he worked on many large, high profile commercial electrical projects.

Kennedy noticed there’s a central assertion that analog infrastructure doesn’t allow us to control our own power. In 2014, he and Denis Kourooussis, Atom Power’s CTO, set out to design an infrastructure of digital circuit breakers that would allow them to use solid-state semiconductors and software.

These components would allow them to manage the flow of power from many different disaggregated sources. These sources are known to industry insiders as Distributed Energy Resources, or DER.

The digital platform combines the incoming streams of power into one hyper-intelligent device that adjusts amps based on application and demand.

“I can set the distribution panel to a schedule so the flow of power is seamless, unlimited, and shifts between sources automatically,” said Kennedy. “You literally wouldn’t notice. The lights wouldn’t even flicker.”

There are 300 bills waiting for Senate action, some of which are green bills. But Kennedy says existing power distribution systems may be one of the biggest reasons why we haven’t seen widespread adoption of green energy at the residential level.

With solar energy, homeowners would need to disconnect their solar input because their traditional power systems aren’t advanced to manage the different power sources.

“Old school breakers simply can’t operate as fast as the flow of power,” said Kennedy. “When things go wrong in larger buildings, they go really wrong because you typically have a much bigger source feeding that demand.”

Up to 30,000 electrical hazard accidents happen per year because of poor energy management. These accidents have increased in recent years because Americans are increasingly working from home.

For instance, compared to the 19% projected growth rate for dental employment by 2026, freelancers are expected to become the majority of the US workforce. Up to 400 million entrepreneurs are working around the world, and many of them work from home. This increases the amount of energy used in the home throughout the day, which makes the development of the digital circuit board even more important.