What is HDI PCB? 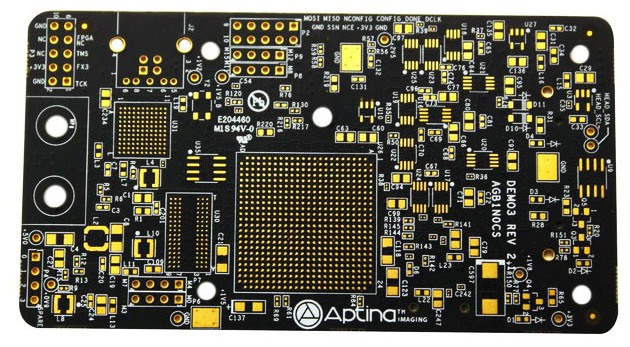 Of the many technologies that abound in the modern world, PCBs play an indispensable and vital role.

PCBs, or Printed Circuit Boards, came about around the middle of the 20th century as an alternative for wires, and since then, have been widely adopted the world over.

Of the many technologies that have emerged since the development of the first PCBs, one of the more advanced variants is that of the HDI boards.

HDI, or High Density Interconnector, is a term used to describe a specific class of PCBs, which are used for highly specialized applications.

There is much that can be said about HDI boards, with some of the key details being mentioned below.

As the term would suggest, HDI boards, or High-density interconnect PCB are boards which have a higher density of wiring per unit area, compared to standard PCBs.

Also, the holes present in the boards are also finer, meaning that they tend to have a smaller diameter in comparison to the regular boards, which helps with the larger design.

In other words, they come with a greater precision and advancement in their design, with finer wiring, finer spacing between the circuits and similar features among its various components.

And this lightweight aspect of the design is despite the fact that the boards have little or no loss in its performance capacity.

This is very useful in applications where lightweight construction is of importance, and where even minor increases in weight can have adverse effect on the final performance.

The degree of technological advancement and precision required is vastly higher, in comparison to PCBs.

In terms of quality, quantity and indeed the wallet factor, there is a lot that goes into the manufacture of HDIs. This means that the cost of producing HDI PCBs is generally a lot more in comparison to standard boards.

This however, may not be much of an issue with the passage of time, as the technology matures, along with improvements in other aspects of the industry such as the economics of scale, advances in manufacturing technology and so on.

Although HDI boards are rather widespread in their availability, they are largely adapted for use in limited applications, where systemic demands are high.

The reason for this is to a large extent, because of the high costs in comparison to regular boards. In addition to this, many of the applications where PCBs are required are simple circuitry needs, which do not warrant the need for high-capacity boards.

As already mentioned earlier, HDI PCBs offer a high degree of performance despite being compact in design, with several benefits over regular boards.

Some of the main advantages here include, but are not limited to, greater electrical conductivity, lower degree of signal interference and indeed lower amount of signal loss.

Given the smaller amount of area used in the board’s design, components can be made to work within a smaller surface area.

This means that one can add additional components on the same amount of area that would have otherwise been occupied, in the case of a regular PCB, making it possible for more complex electronics and other components to be placed in the same area.

There are several aspects to the design of HDI PCBs.

Of these, some of the most important is the way the boards are designed, and holes created.

Typically, the boards are comprised of multiple layers, stacked above each other, which essentially makes them a multi-layered PCB.

Coming to the way the holes are designed, they are usually made with the help of lasers, as opposed to mechanical drilling, which allows for a greater degree of precision and fineness than what would otherwise have been the case.

The usage of HDI PCBs is widespread, with the technology increasingly finding its way into a wide range of uses.

One of the main areas of technological growth where HDIs are being used is in the world of miniaturized gadgets and devices. With everything from MP3 players to smartphones getting smaller and more powerful, there is an increasingly high amount of demand for compact designs, with little to no loss in performance. This is where HDI boards are proving to be of immense benefit.

Another place where the boards are being used is in the world of automobiles, which range from cars and ships, to aircrafts and the emerging field of space exploration.

Then there is the use of the boards in the medical industry, where they have found widespread applications in a wide range of medical devices and diagnostic equipment. One of the more interesting applications in the field, is that of electronic pills that can be swallowed, which allow for an inside view of the human intestine, which allows for an in-depth understanding of the patient’s condition.

And with the passage of time, the applications where these boards are used will only grow, as more sectors of the economy find them to be a valuable component for their needs.

Although a relatively new technology in comparison to other PCB variants, there are several manufacturers and suppliers, who can supply the demand for these boards.

At the same time however, given their nascent stage of entry into the marketplace, one may have to do some research into the nature of the company supplying the boards, so as to ensure quality and performance. This is important, given that many companies, although in the business of HDI PCBs, may not have the capacity to deliver shipments in accordance with client’s expectations due to the innovative nature of these boards.

To sum up, there is much that can be said about HDI technology, in addition to the details mentioned above.

The above is but an introduction to the many interesting aspects about this wonderful new technological advancement, and the many benefits it offers.

Regardless, this is one piece of scientific advancement that is here to stay well into the near future.