The Problem With Pollution: 4 Sectors Struggling To Stay Clean

As populations across the globe continue to expand, more and more attention is being paid to the planet. This rock floating through space has allowed us to make unbelievable discoveries and grow to unimaginable numbers, and yet our dedication to its care and health has not been up to sufficient standards. Despite financial incentive programs and government intervention, the Earth is not doing well; there are four main types of pollution to blame.

Let In The Light

A simple look at the half of our planet experiencing night from space reveals how much our sprawling cities have impacted life: bright and shining clusters of lights create connections that span across countries and continents so as to say “we came, we conquered.” Although light pollution is certainly more of a problem now than when we only had candles to rely on, it’s the energy being poured into keeping us powered on that poses a real threat.

Think of how often you leave your lights on when there’s no reason to; when you consider the energy wasted in such minimal conditions and compare them to industrial power plants and factories that need to be lit up and running constantly, the wastage becomes exponential. Fortunately, LED lighting offers a safer solution: with the potential to reduce U.S. energy usage by nearly 50%, the long-lasting, energy-efficient bulbs could be one of our main tools in the conservation of energy, although it would most likely need to be paired with a sustainable power source (like wind or solar).

The Dangers Of Diesel

Every day, thousands of transportation companies send out their heavy haul shipments on the backs of diesel-run trucks. There’s a reason for that: diesel engines offer the most efficient internal combustion rate compared to other engines. This allows vehicles going long distances (and carrying large loads) to work harder and go farther on less fuel. Unfortunately, diesel is one of the dirtiest (environmentally speaking) types of fuel available.

The burning of fossil fuels (gasoline, coal, etc.) releases harmful chemical elements and gases into the air, nitrogen oxides (NOx) chief among them. These gases directly contribute to climate change and frequently form acid rain and smog in areas where they are heavily produced; this is why factory- and industry-rich nations like China are facing such poor air quality conditions. Diesel-powered vehicles and equipment account for nearly half of all nitrogen oxides, and the exhaust — full of unsafe chemical concoctions — has been labeled a carcinogen by the Environmental Protection Agency (EPA).

Something In The Sewage

In the U.S., there are 2.7 to 3.5 million scuba divers with as many as 6 million active divers around the world. Not too many divers are actively searching for contaminated waters — but someone has to do it.Waste (human, not energy) may not seem like a pressing issue, especially here in the U.S., but the dangers of this smelly fact of life are very real. Most people don’t think about what happens after they flush the toilet: although 20% of American homes rely on septic tanks for waste disposal and 80% on sewage lines, the average homeowner probably wouldn’t be able to tell you which one they have. Since a lack of information (or understanding) can lead to potentially devastating problems, we’re here to tell you the disgusting truth about sewage.

Each year, more than 860 billion gallons of the foul fluid escapes its confines in the United States. One website offered a vivid — and vile — comparison:

“That’s enough to flood all of Pennsylvania ankle-deep. It’s enough for every American to take one bath each week for an entire year.”

Considering the bacteria, contaminants, and all manner of chemical and pharmaceutical products Americans love to forget they’re not supposed to flush, that kind of leakage could pose a significant threat to human health should it leach back into the water supply.

The Power Of Plastic

Speaking of water, when was the last time you visited the ocean? If it’s been a few years, it might look a little different; according to National Geographic, around 18 billion pounds of plastic waste enters the ocean from coastal regions — equivalent to five grocery bags of plastic trash piled up on every foot of coastline on the planet. In 2017, there were approximately 11.6 million youth participants (aged between six and 17 years) in fishing in the United States. But pollution is significantly damages bodies of water across the coutnry. Plastic is one of the most devastating forces on this earth, contributing to animal and marine death as well as drinking water contamination. In an extremely upsetting statistic broadcast by Great Britain’s Royal Statistical Society, it was estimated that around 90.5% of plastic waste has never been recycled.

Despite the harm involved in buying products with plastic packaging, global consumption of the most wasteful form of plastic use — bottled water — continues to rise by 10% each year. Whether due to taste, personal preference, or simple ignorance, people are stuck in their bottled water habits.

The more people who are aware and commit to righting their wrongs — who choose to recycle, use LED light bulbs, drive hybrid cars, and only flush what is supposed to be flushed — the safer and healthier our lives, and our planet, will be. 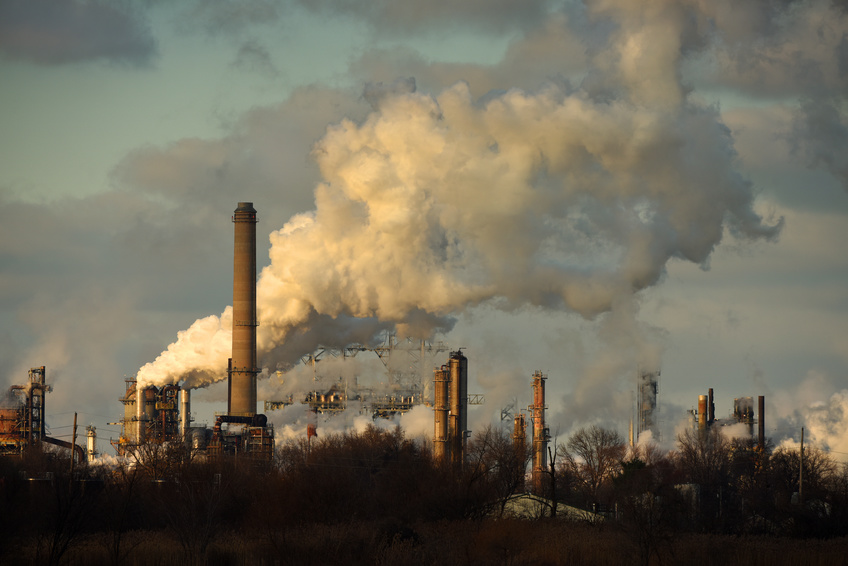