Advancements in silicon will be concentrated in two areas for 2013 and beyond. One is old and often considered mundane, while the other is newer and very exciting. The “old” technology is power and the new technology is sensors. These two categories of silicon technology will have a dramatic impact on all electronics in 2013 and probably far into the future.

Power is proactively described as old and mundane because power transistors and switches are among the oldest technologies around. Today the industry experts regard them as commodities.However, that would be more of a tapered and crude idea and conveniently overlooks the effect of the latest devices that they operate in.There is a common objective that covers transversely the whole of the electronics industry in all the facets of semiconductors if we consider the holistic view of power.

When a vendor of any product, for instance, when a Smartphone vendor introduces a new model that swanks about a drastic enhancement in battery life, the prolonged operating life it leads to an inclination towards the product.

Advancement in one technology alone can seldom be responsible for the jig in power efficiency. All of the power related rudiments toil in harmony to attain power efficiency ranging from the naïve power transistors and switch to the more complex integrated circuits and from LED driver to the core processor, from the proximity sensor to the wireless transceiver .

It is important to take a larger view of power efficiency in all technology-creation efforts. Apart from the traditional power chips, the orientation of companies should be towards designing products that are more power efficient.

From Dual-Interface EEPROMs that are literally powered by radio waves to ultra-low-power microcontrollers that bring valuable capabilities to very small devices, companies should employ the philosophy of power efficiency that pervades throughout their portfolio.And all of these individual components work in concert to facilitate power-efficient system-solutions that are ready to use in applications such as smart meters, solar inverters, home appliances and much more. Such applications combine the best energy-efficiency features of complementary chips into one optimized solution.

Continuing to perk up power efficiency has become as important as, if not more important than, escalating the operating speed of semiconductors. Speed enhancement, beyond a certain level, become almost indiscernible to the user, unless one is performing unusually complex functions like analyzing global weather patterns. Power-efficiency improvements, on the other hand, are always significant. With every enhancement, products become greener, battery life gets longer, and devices become smaller, thinner, more personal, unanchored and even more mobile.Such progress allows lifestyle-enhancing transformations in all class of electronics.

The capability to sense alterations in the environment is the first must have quality for making things smart. Collaborated with advanced algorithms, sensing endows with the means to gauge change, which can then be evaluated, reported and exercised to stimulate reaction. These capabilitiespermit the smart device and give it ‘intuition.”For many consumers, the first silicon-based sensors they have ever used may have been the motion and directional sensors built into their smartphones or the motion-based video game that allowed them to practice their golf swing in their living rooms. Smartphones and video games were the first wave of sensor applications in consumer products. But sensors are now moving beyond lifestyle devices and are beginning to appear in almost every conceivable application, including tablets, healthcare devices like cardiac monitors, cars and infrastructure applications like smart power grids.

Power-related products, as discussed earlier, are an outsized part of the demand driving the proliferation of sensor technologies. Many sensor technologies complement and enable the expansion of energy-saving technologies. All the smart utility meters, smart homes and smart grid systems integratean array of sensors. As mentioned earlier, nothing is smart if it is not able to sense. And a huge fraction of the “intelligence” in these systems is directed towards improving energy efficiency.

The penetration of silicon sensors will grow persistently. Motion sensors (accelerometers and gyroscopes) were the first sensors to enter conventional consumer applications. Environment sensors, including pressure sensors (to detect sound or atmospheric pressure), and chemical sensors are fast gaining grip. Biosensors will unquestionably come of age with an upward demand in healthcare. Building on its triumph in leading the first wave of silicon sensors into consumer applications, companies now are working with associates in the healthcare and industrial sectors to drive the next wave of sensor applications.

Amid power-related technologies giving the autonomy and sustainability to how a device can be used and sensors contributing to the potential to make everything smart, these two technology applications, jointly, will drive very fundamental transformations in all manner of electronics for years to come. 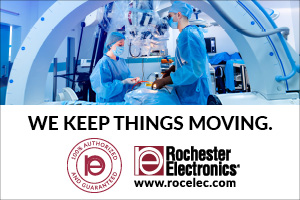 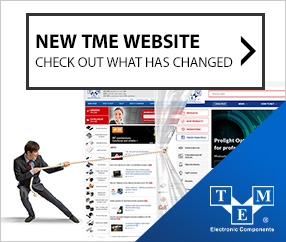