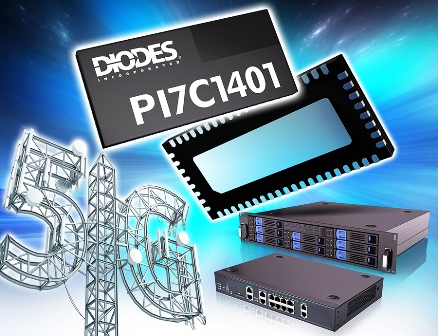 Plano, Texas – March 26, 2018 – Diodes Incorporated (Nasdaq: DIOD), a leading global manufacturer and supplier of high-quality application specific standard products within the broad discrete, logic, analog and mixed-signal semiconductor markets, today announced the introduction of the PI7C1401 quad port expander. The PI7C1401 is a cost-effective solution to low-speed signal management and I2C aggregation in advanced embedded systems using multiple high-speed interfaces. The PI7C1401 is suitable for any application that features multiple high-speed transceivers, including standard SFP (small form-factor pluggable), dual SFP (DSFP) and quad SFP (QSFP), such as baseband units, routers, and switches as found in telecommunications, networking and data centers.
Typically, each transceiver requires a dedicated control channel to a host, which is normally implemented using low-speed signal pins and a low-speed protocol, such as I2C and others. As systems become more complex they require more transceivers, putting increased pressure on the host controller to support many more I2C interfaces and other low-speed signal pins.
Using the PI7C1401, four low-speed ports can be aggregated into a single channel and by combining multiple quad port expanders, a host processor can control up to 56 transceivers through a single I2C/SPI interface. This can significantly lower the pin-count on the host processor or FPGA used to control the high-speed transceivers, as well as ease PCB layout and reduce the overall bill-of-materials (BoM).
The I2C interface supports 1MHz fast mode and allows up to 14 PI7C1401 devices to share a single interface. The devices automatically configure their respective addresses by daisy-chaining their control pins. A bus speed of up to 33MHz is supported when using SPI mode, which effectively allows an unlimited number of PI7C1401 devices to share a single SPI interface. In addition to port aggregation, the PI7C1401 provides a number of other useful features, including four user-programmable GPIO, along with two outputs dedicated to driving status LEDs.
The PI7C1401 also supports automatic pre-fetching of user-defined critical data from the modules, as well as customizable data-driven interrupts, the ability to burst read/write the I2C/SPI interfaces, and a broadcast mode that allows all ports to be written to simultaneously. These features greatly increase the efficiency of PI7C1401’s port control in highly demanding applications.
The PI7C1401 quad port aggregator also supports separate host-side I/O voltages, from 1.8V to 3.3V. It is available in a 56-ZF (TQFN) package measuring 5mm x 11mm at 0.5mm pitch, allowing it to be surface-mounted to the underside of a PCB and close to the physical interfaces. It is available immediately and priced at $2.70 in 1000 piece quantities.
Further information is available at www.diodes.com
Tags: diodesPCB 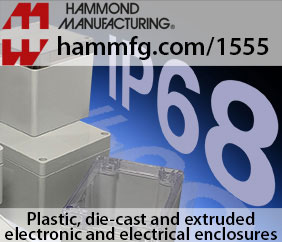 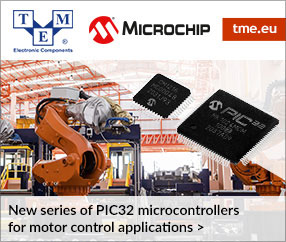