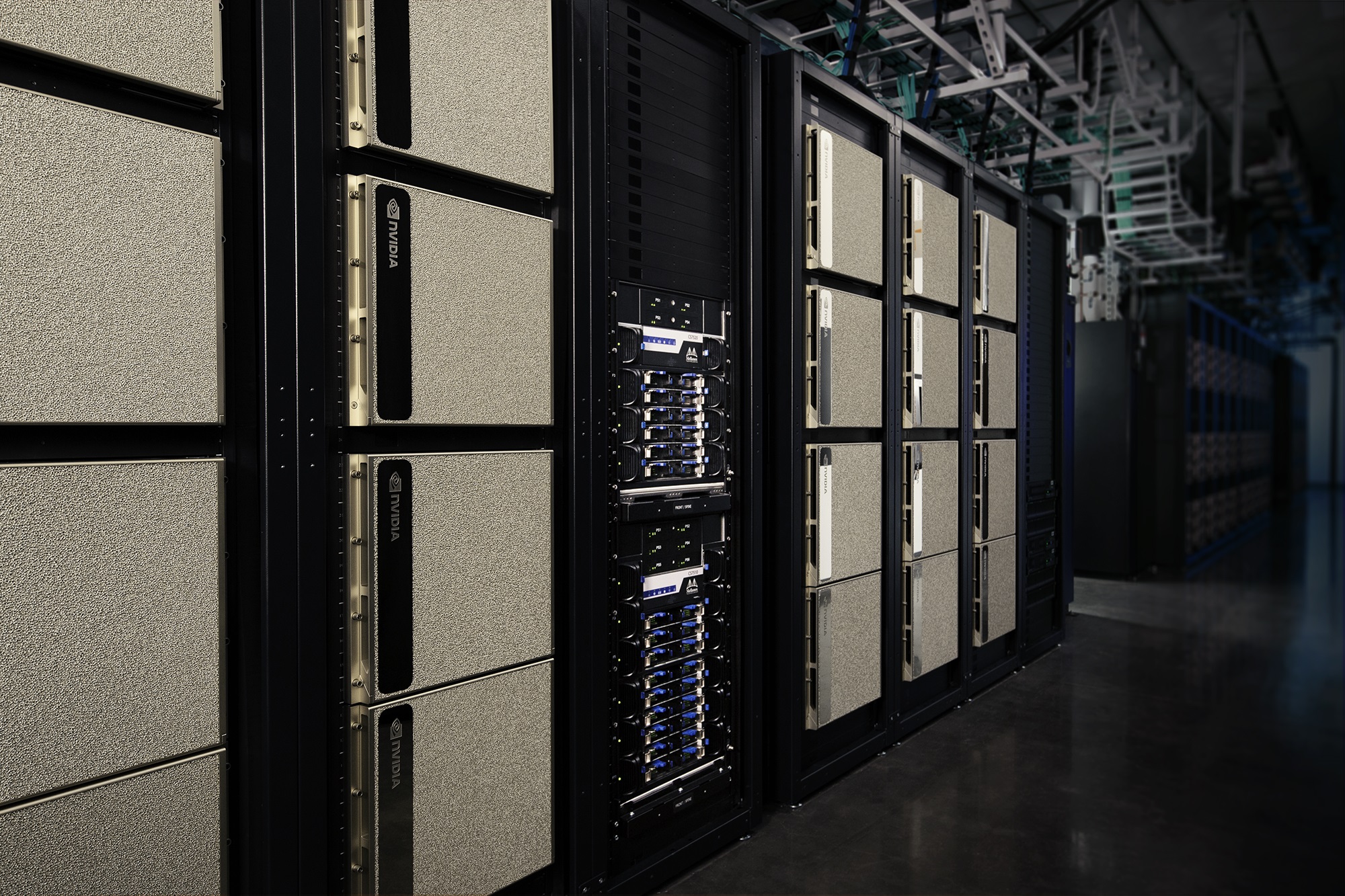 NVIDIA has developed Magnum IO in close collaboration with industry leaders in networking and storage, including DataDirect Networks, Excelero, IBM, Mellanox and WekaIO.

“Processing large amounts of collected or simulated data is at the heart of data-driven sciences like AI,” said Jensen Huang, founder and CEO of NVIDIA. “As the scale and velocity of data grow exponentially, processing it has become one of data centers’ great challenges and costs.

“Extreme compute needs extreme I/O. Magnum IO delivers this by bringing NVIDIA GPU acceleration, which has revolutionized computing, to I/O and storage. Now, AI researchers and data scientists can stop waiting on data and focus on doing their life’s work,” he said.

At the heart of Magnum IO is GPUDirect, which provides a path for data to bypass CPUs and travel on “open highways” offered by GPUs, storage and networking devices. Compatible with a wide range of communications interconnects and APIs — including NVIDIA NVLink™ and NCCL, as well as OpenMPI and UCX — GPUDirect is composed of peer-to-peer and RDMA elements.

Its newest element is GPUDirect Storage, which enables researchers to bypass CPUs when accessing storage and quickly access data files for simulation, analysis or visualization.

“Modern HPC and AI research relies upon an incredible amount of data, often more than a petabyte in scale, which requires a new level of technology leadership to best handle the challenge. DDN, by taking advantage of NVIDIA’s Magnum IO suite of software along with our parallel EXA5-enabled storage architecture, is paving the way to a new direct data path which makes petabyte-scale data stores directly accessible to the GPU at high bandwidth, an approach that was not previously possible.”

“The amount of data that leading HPC and AI researchers now need to access continues to grow by leaps and bounds, making I/O a complex challenge for many to manage. IBM Spectrum Scale is designed to address the needs of any organization looking to accelerate AI and run data-intensive workloads. The use of IBM Spectrum Scale and NVIDIA GPU acceleration can help customers alleviate I/O bottlenecks and get the insights needed from their data faster.”

“Leading HPC and AI researchers choose Mellanox to provide them with the most advanced technology to move and process immense amounts of data as efficiently and quickly as possible. We have been working together with NVIDIA to ensure Magnum IO works seamlessly with Mellanox’s state-of-the-art InfiniBand and Ethernet interconnect solutions and to enable our mutual customers to overcome data bottlenecks altogether and advance their science, research and product development activities.”