Pollution caused by modern industrial society has become a serious problem. This article looks at how distributed networks of low-cost smart sensors can play a part in the management and mitigation of the effects of air pollution. 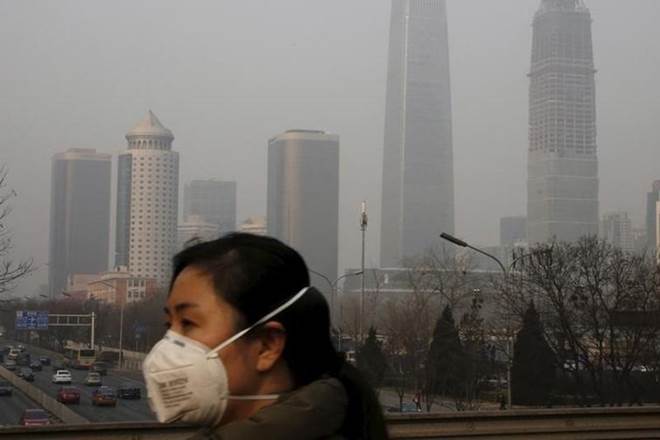 Air pollution can cause or worsen symptoms such as coughing and shortness of breath. It can trigger asthma attacks and increase the risk of premature death in people with lung and heart disease.

Worldwide, about nine million deaths per year are attributed to air pollution and over 90% of the world’s population live in places where pollution levels exceed the World Health Organization (WHO) guidelines.

Those most at risk are the young, the elderly and people with existing medical conditions. People working or engaged in sporting activities outdoors will also be at higher risk.

The root causes of these problems need to be tackled on a global scale by switching to cleaner fuels, controlling emissions and increasing energy efficiency.

Policy changes to limit emissions are slow to come into effect. For example, many countries have plans to eliminate vehicles that use fossil fuels. But these generally do not start to come into effect for a decade or more, and it will take even longer for all the existing vehicles to be replaced.

Embedded systems and computing have a role to play in the new technologies required. For example, embedded processors are an essential component in electric vehicles for functions such as motor control and battery management. Factories and offices can become more energy-efficient with advanced automation.

Office buildings already use passive infra-red (PIR) sensors to tell if there are people present in each area of the building, and adjust the lighting and heating accordingly. Adding CO2 sensors would allow more accurate and intelligent decisions can be made about building use, and further energy savings made.

Electronic devices can also be used to implement short-term mitigation strategies while the larger problems are being addressed.

There is a need for accurate pollution monitoring. If individuals are aware of thelocal air quality they can act to reduce the impact. For example, avoiding the busiest roads can halve the level of pollution you are exposed to.

Long term analysis of data collected over larger areas can identify locations with consistently good or bad air quality. This can contribute to future planning decisions for housing, schools and factories.

In the past, accurate measurement would have required expensive and bulky laboratory equipment. However, many types of sensor are now available as small electronic devices.These include:

Combined with a microcontroller, these can be used to build small, low-cost devices to monitor and track pollution levels. A basic design of such a system is described later.

By adding Bluetooth or Wi-Fi connectivity, IoT networks of such sensors can be used for distributed monitoring over wide areas. This can identify problems such as traffic pollution near schools, or where factory emissions cause the most pollution.

Types of pollution and their health risks

In many cities, the largest contribution to air pollution is from automobiles. The main pollutant gases produced by vehicles are sulfur dioxide (SO2) and a mixture of nitrogen oxides (NOx). These can affect breathing and heart function. Diesel engines are a particular concern because they also produce large amounts of particulates.

Particulates include mixtures of airborne solid particles and liquid droplets. Often particulate pollution is visible as a haze, especially when it contributes to the formation of smog. In other cases, it is invisible and can only be measured with appropriate equipment.

The size of particles is directly linked to their potential for causing health problems. Small particles, less than 2.5 micrometers in diameter (known as PM2.5), pose the greatest problems because they can get deep into your lungs, and even into the bloodstream.

In Asia, a major factor is the burning of wood and coal for heating and power generation. Coal releases pollutants including SO2, heavy metals and particulates.

Fossil fuels also produce volatile organic compounds (VOCs). These are toxic compounds such as benzene, formaldehyde and others that can exist as gases in the atmosphere. Many of these are known carcinogens. They are also produced by other sources, particularly paints and construction materials.

Design of a portable pollution monitor

An IoT device can be designed to monitor and analyze air quality in real-time (figure 1). Measurements from one or more sensors can be displayed by the device.This could use a simple numeric LED to show the measured level, or an LCD touchscreen to enable more detailed information display and user interaction.

Because of limited storage on the device, and to enable sharing and integration of data from multiple devices, the device would use Wi-Fi connectivity to upload data to the cloud.

The device can sound an alarm when a preset level of particular pollutant is detected. This threshold can be set according to the needs of the individual (for example, an asthma sufferer may need an earlier warning than others).

The alarm threshold can also be used to control another system. For example, it could switch on a ventilation system or send a warning text message.

More detailed data aggregation, analysis and visualization could be done using cloud processing services with the results accessed via a web server from any smart device or computer. 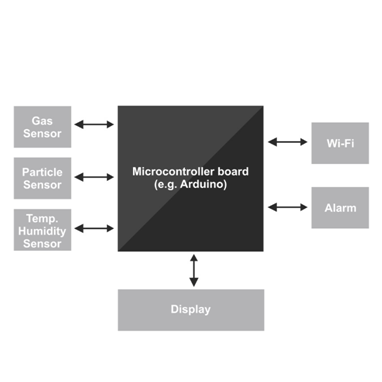 Figure 1: Simplified block diagram of an IoT device for monitoring and analyzing air quality in real-time

Suitable microcontroller boards are sold by semiconductor vendors and third parties. There are several de-facto standards, such as Arduino, which specify form factors, interfaces, pinouts, etc. This has led to an explosion in compatible subsystems, development tools and application software. Support is available from vendors and the community. As a result,it easy and cost effective to prototype a new product idea. The same hardware can even be used for low volume production.

There are many low-cost sensors supplied as ready-to-use modules, with standard serial or analog interfaces. This allows easy connection to a microcontroller.

For example, the HCHO sensor module from Seeed Studio (figure 2) is a metal-oxide semiconductor (MOS) sensor for VOCs. It detects benzene and similar compounds. The sensor provides an analog output voltage that varies with the concentration of the detected gas. 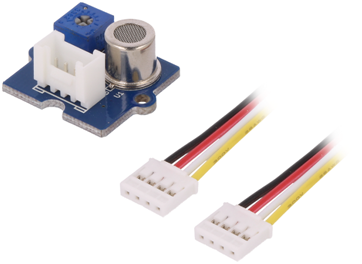 The DFROBOT SEN0219(figure 3) employs non-dispersive infra red (NDIR) sensing to determine the concentration of CO2 by measuring the absorption of infra-red light from an LED. 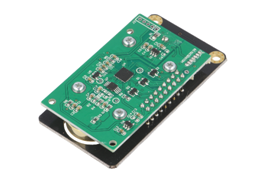 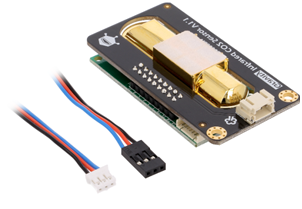 The SEN0177, also from DFROBOT (figure 4), uses laser scattering to measure the concentration of PM2.5 dust particles. This uses a serial interface to transfer the particle count to a microcontroller. 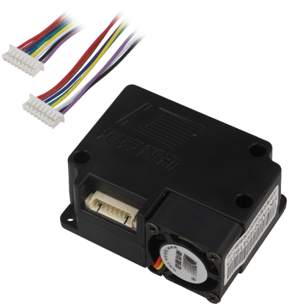 Devices such as the WaveshareMQ135 gas sensor (figure 5) provide an analog voltage output to represent the detected level of pollutant. Although the response is non-linear, this can be converted to a parts-per-million (PPM) value by software running on the microcontroller. 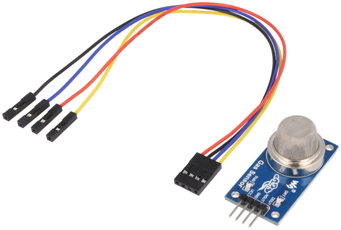 The same basic hardware could be used with a variety of sensors to detect different types of pollution.

Low-cost electronic sensors can provide distributed real-time air pollution measurement. If people have access to accurate and up-to-date information, they can take steps to reduce their exposure. They can minimize the time spent in traffic-congested areas, for example by choosing quieter routes and avoid busy roads, and avoid strenuous activity outside.

Our dependence on technology has created these problems, but new technology must also be part of the solution.