The AI_ML Board and Thor96 combine application cores with dedicated GPU, VPU and high-speed interfaces

Arrow Electronics has introduced two out-of-the-box 96Boards™ platforms for developers to leverage the multi-application-core performance of NXP’s i.MX 8 processors with convenient mezzanine expansion opportunities. eInfochips, an Arrow company, is the design partner for these boards and provides customization and ongoing support for these platforms.

For a fast start to machine-learning projects such as industrial image recognition and autonomous driving, the AI_ML Board is built on the i.MX 8QuadXPlus application processor, which combines four Arm® Cortex®-A35 cores and one Cortex-M4F embedded core with floating-point and DSP extensions. A dedicated GPU featuring four Vec4 shaders with 16 execution units and OpenGL/OpenGL ES support augments the highly efficient application cores. In addition, there is a Video Processing Unit (VPU) capable of handling popular compression standards including H.264, H.265, AVS, and more. A Tensilica® HiFi 4 DSP is also integrated on-chip for audio processing and voice recognition. 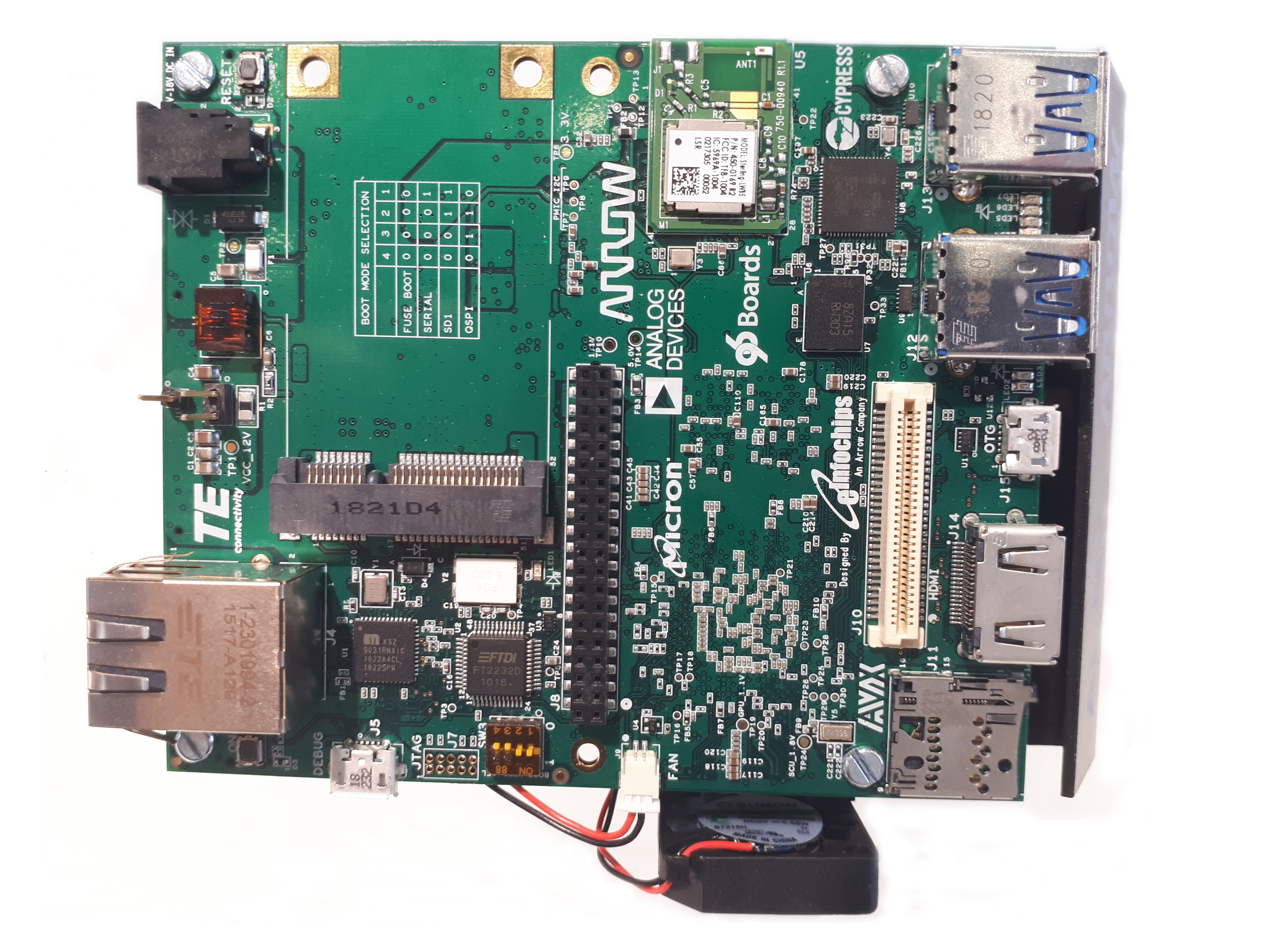 The i.MX 8M Quad processor is at the heart of Arrow’s Thor96 board teams four Arm Cortex-A53 cores with the Cortex-M4F. Richly featured for audio and video streaming, imaging, and scanning in consumer and industrial contexts, it contains a dedicated GPU with OpenGL/ES support and 3D graphics, and a VPU with H.265 and VP9 decode at up to 4K resolution and 60 fps. The i.MX 8M Quad also features a failover-ready display controller with hardware acceleration for up to 4Kp60 video playback.

Arrow has designed both boards leveraging the 96Boards specification. High-speed and low-speed interfaces allow users to choose from the wide variety of 96Boards mezzanines, such as cellular and audio modules, for hardware expansion. With both boards offering strong performance for video and imaging applications, Arrow has identified the D3 Engineering and Basler camera mezzanine as a natural choice ready for direct connection. Both boards feature a MIPI-DSI high-speed display interface and one four-lane MIPI-CSI camera interface. Thor96 provides one extra MIPI-CSI interface, and both boards benefit from extensive hardware security features.

Additionally, the platforms are enabled and associated source code provided, for several use case demos that can be leveraged as a starting point for a customer’s software development, including but not limited to: