Bill Griffith is currently a Power Product Manager with Keysight Technologies. He has over 25 years working in the power and energy applications with Keysight (formerly Agilent Technologies and Hewlett-Packard). Bill graduated from Colorado State University with a BSEE.

The current priority mode is the most popular of testing modes for an electronic load. A basic use for this setting would be to measure the total energy stored in a battery. As the battery supplies current, its voltage drops. By using this characteristic (voltage profile), we can predict a battery’s capacity in terms of time.

As a constant current test example, we use a Li-ion 18650 battery. The capacity (C) measured in mAh,is used to calculate the current for charging and discharging. When charging, the current is limited to 0.5C (in our example 1250mA) chargingneeds to stop before the battery voltage reaches 4.2V. See Table 1.

Discharging usesa similar constant current process. A sizeable current drain is inadvisable as this shortens the life of the battery. Also, it’s crucial to stop pulling power at the point where the battery reaches its low voltage limit (2.5V) to prevent further potential damage. The discharge plots in Figure 2 exemplify the runtime of the battery.

A battery can support discharge at their max rate. However, Li-ion batteries yield a higher capacity if discharged at a fraction of this value. Low temperatures can influence both voltage and capacity.

Many other battery attributes are determined using DC Electronic loads, capacity, internal impedance, charge /discharge long term performance, low-temperature behavior, and abusive extremes. Capacity being the most common, as it yields the battery’s run time. Tests using variable current drain tosimulatea device as it comes out of sleep mode into an active state, for instance, can paint a picture of how the battery holds up to various discharge rates. Shown below in Figure 1.

Li-ion batteries will have a long life when they operate over a narrow range. Avoiding a high charge voltage (>4.1V) and a low discharge voltage (<2.6V) reduces the stress on the battery. Calculating the battery capacity multiplies the discharge current 500 mA by the run time, 4.5h, or 2250mAh. The measured capacity is slightly lower than specified due to the narrow operating range 2.6 to 4.1V

Tip 2 testing the transient response of a power supply

The majority of power supplies use a voltage regulation circuit to provide a constant voltage. In certain conditions, however, the load may exceed the circuit’s ability to maintain a constant voltage, and as a result, transient voltage spikes can manifest.

The time taken for a power supply to recover from a significant change in load is known as its transient response time. Please see Figure 2. 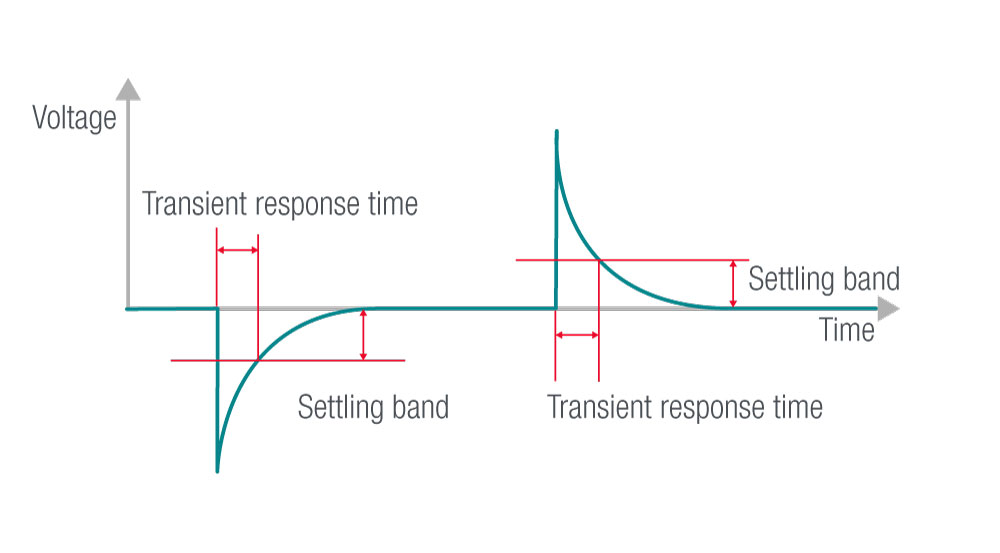 The supply is considered recovered, once stabilized within its settling band. As an example, the Keysight E36312A specifies less than 50us to recover within the 15mV settling band. This followsa load change of 50% to 100%of the maximum output current.

Measuring this response time using load resistors and switches could pose a challenge. Power resistors, often wound components, possess an inductance, which can interact with the transient from the power supply. The use of DC electronic loads avoids this additional interaction.

The DC electronic load can be configured in either resistance or constant current mode to achieve these measurements. In the former, the value of resistance required to generate the desired current (50% or 100%) would need calculation. The latter simply requires the load to be set to the desired current values.

With the load configured, the next step would be to create a waveform (step or pulse) to load the power supply in such a way to generate the transient(s). The Keysight N6700 series have a series of built-in waveforms that facilitate this. Generating a dynamic load is created by describing just a few points. A step waveform generates a single transient as the current value changes from 50% to 100%, a pulse generates two transients, one for each edge. See Figure 3.

In the event of a fault condition, power supplies include a current limiting protection circuit. To protect the supply itself and connected equipment. When using an original equipment manufacturer (OEM) Power Supply. It’s important to know that the performance in this regard is right for the intended application.

There are generally three types of current limits

The first two are very similar in function, differing only in the degree of regulation in the constant current region- see 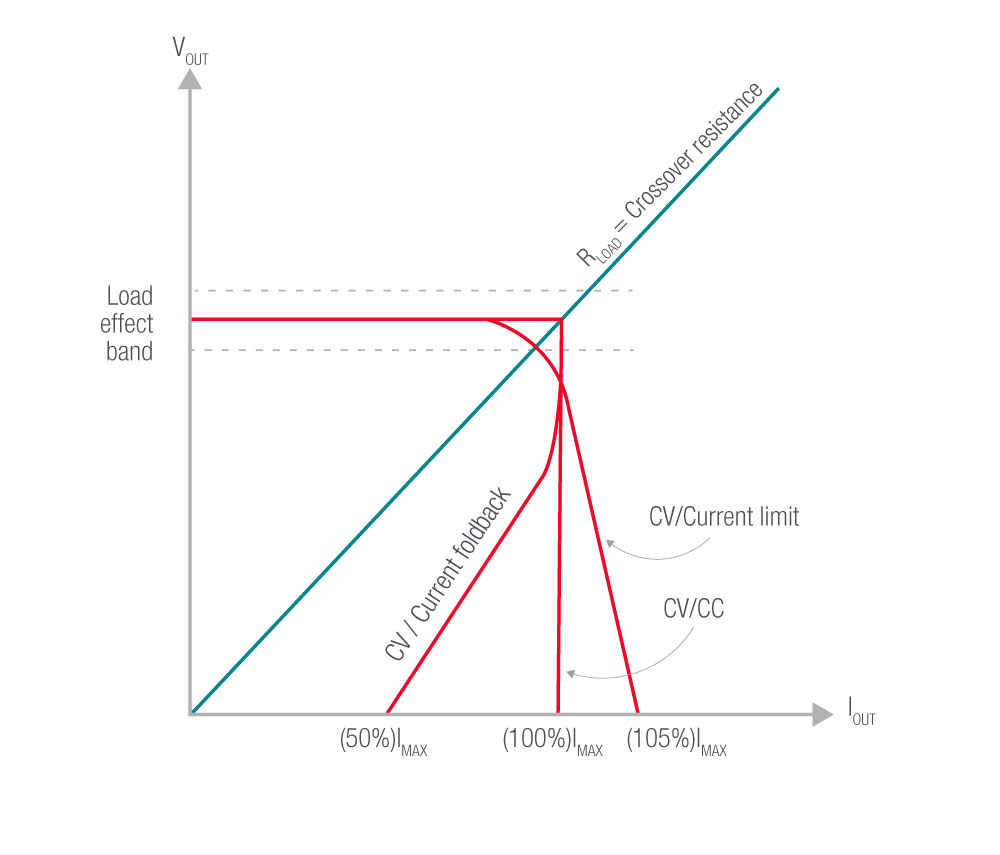 Figure 4 -this regionis adjustable in the case of the supply CV/CCcapability.

Figure 4 – Voltage vs. current for three types of limiting designs

The test begins with the DC electronic load configured to draw a minimal current from the power supply. The load resistanceis reduced in steps while monitoring the output voltage and current. The output voltage remains constant as the current increases until reaching the current limit, then the voltage drops.

This drop is known as the crossover region. As the load resistance decreases further, the current limiting circuitry of the power supply is now active. There is a sharp transition to this constant current region with a high-quality supply.

DC-DC converters, within their working range,canaccept a wide range of input voltages and provide an isolated stable output voltage. Their use in electronics is commonplace. Emergency vehicles can make use of a step-up DC-DC converter to power computers and their peripherals.

Many computers require a DC supply voltage in the range of 14-19V, using a DC-DC converter to power these devices directly from the vehicle’s 12V battery, is much more efficient than using a AC mains inverter to power each of the devices via its AC-DC power supply.

DC-DC converters are efficient, typically better than 96%,and are constant power (CP) devices. With a constant load, they consume constant power by increasing the input current as their supply voltage drops. See figure 5. 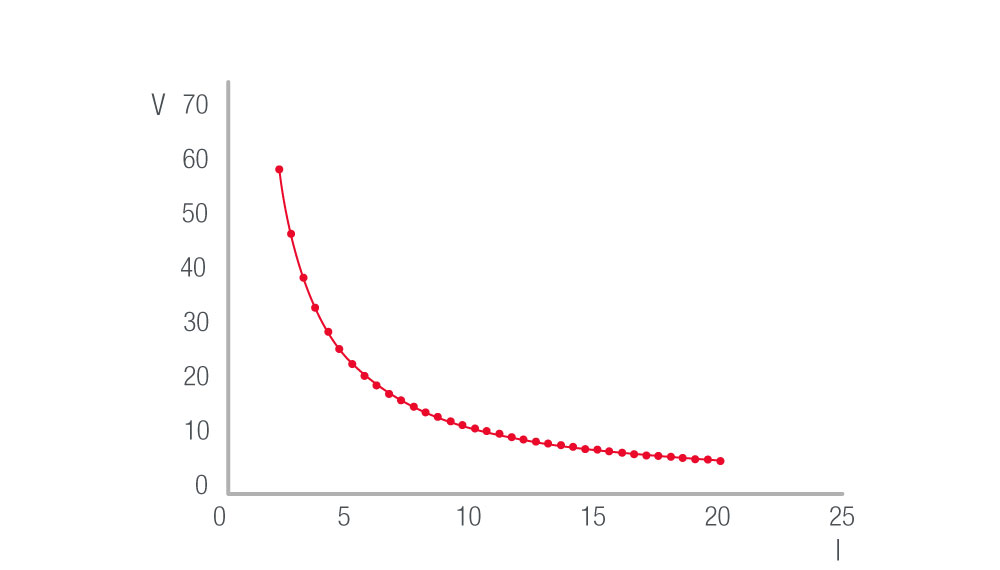 The N6700 Series modular power system provides a four-slot mainframe that can hold an N6790A dc electronic load along with a power supply module in a single chassis. The power module, programmable for different voltages, can easily simulate the varying voltage of an automobile, while the load, configurable to sink constant power, pulls 85W from the supply. An 85W load represents a laptop and several peripherals connected to the converter. 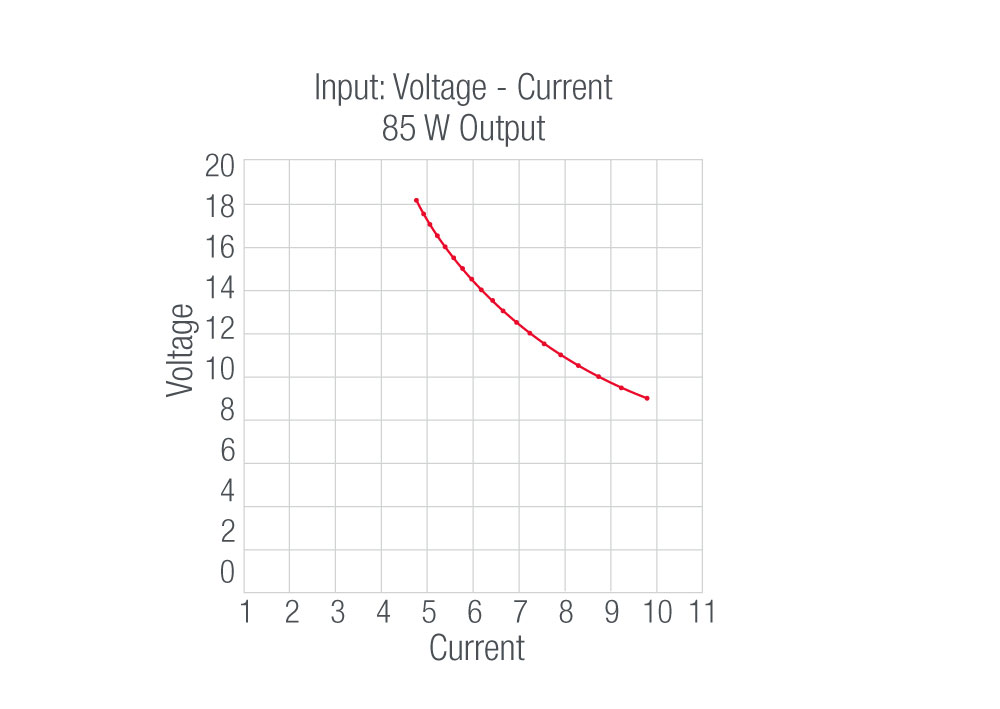 The results show efficiencies in the range of 97-98%.