Engineers from the University of California, Berkeley and Michigan State University have created a new electronic skin, or e-skin, that lights up when touched and responds to increasing pressure with increasing brightness, according to a report in Nature Geoscience.

“We are not just making devices; we are building systems,” said team leader Ali Javey, UC Berkeley associate professor of electrical engineering and co-author of the new report. “With the interactive e-skin, we have demonstrated an elegant system on plastic that can be wrapped around different objects to enable a new form of human-machine interfacing.” The engineering team said the new e-skin could be used to give robots a finer sense of touch and create flexible displays capable of being mounted on a wide range of curved and flat surfaces, such as a car dashboards or windshields.

“I could also imagine an e-skin bandage applied to an arm as a health monitor that continuously checks blood pressure and pulse rates,” said co-author Chuan Wang, who worked on the project as a post-doctoral researcher at UC Berkeley.

Current prototypes of e-skin measure 16-by-16 pixels. Inside each pixel sits a tiny transistor, a pressure sensor and an organic LED display.

“Integrating sensors into a network is not new, but converting the data obtained into something interactive is the breakthrough,” said Wang, currently assistant professor of electrical and computer engineering at Michigan State University. “And unlike the stiff touchscreens on iPhones, computer monitors and ATMs, the e-skin is flexible and can be easily laminated on any surface.”

The team created e-skin by setting a thin layer of synthetic polymer on top of a silicon wafer. Once the skin’s exterior plastic hardened, the engineers used common semiconductor industry tools to add layers of electronic components. After stacking the components, the plastic was peeled away from the silicon base to create a freestanding film with a “smart” network inside.

“The electronic components are all vertically integrated, which is a fairly sophisticated system to put onto a relatively cheap piece of plastic,” said Javey. “What makes this technology potentially easy to commercialize is that the process meshes well with existing semiconductor machinery.”

According to the Berkeley team, they plan to integrate sensors into future iterations of the e-skin that can respond to temperature, light and pressure.

The e-skin project took a major step forward in 2010 when Javey’s lab created an initial prototype version using nanowire transistors layered on top of thin rubber sheets. At the time, Javey said the project would allow for a machine to have a greater range of manual manipulation.

“Humans generally know how to hold a fragile egg without breaking it,” he said. “If we ever wanted a robot that could unload the dishes, for instance, we’d want to make sure it doesn’t break the wine glasses in the process. But we’d also want the robot to be able to grip a stock pot without dropping it.”

Javey also says he envisions e-skin being used in prosthetics that could integrate mechanically sensed information into the body’s nervous system. 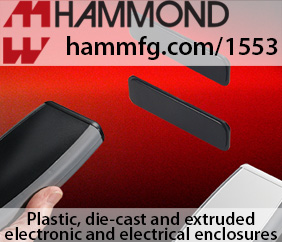