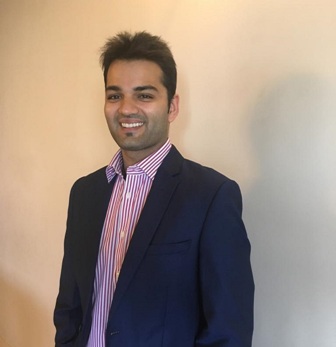 Fanzart – India’s first Luxury Fan Brand is now the most sought after Designer Fan brand amongst HNI’s and UHNIs, along with architects, interior designers and builders. Fanzart has also built coalitions and established presence in SAARC countries like Nepal, Sri Lanka and Bangladesh and have established a strong foothold in parts of the Middle East as well as Africa. They are now trying to redirect their beautiful breeze to countries in Europe as well as the Americas. Being synonymous to Art, Design, Trends and Fashion, the newly identified markets seem promising toward Fanzart’s niche yet evolutionary offerings.

Serving big brand named Hotels, Architects, Celebrities, and not to forget, Online, Fanzart has adopted a multi-pronged approach to expand its global outreach. The association with leading luxury hotels and the attention towards the growing Luxury residential will accelerate company’s growth and strengthen the brand’s position at the international level.

Speaking on the ambitious expansion plan, Mr. Tarun Lala, Executive Director – Fanzart said, “Fanzart has been one of the most reputed and recognized brands in the Indian Markets with growing acceptance from offshore Markets. While the countries that have a history of fans are faster to adopt designer fans, we also see countries like the USA being new potential markets. Fans are becoming more popular due to health reasons (vs air conditioners) as well as their economic efficiency when used along with air conditioners.“We plan on exploring partnerships at multiple levels – Franchising or Distributorship for retail and online as well as partnerships for both Residential as well as Commercial project.

Fanzart plans to release 17 new models this year which will take them onto 100+ models in total, suiting both residential as well as commercial use cases. Screen printing, 3D printing and laser printing now allows them to customise fans as well. Popular ones being adding a light feature along with brand name or logo, laser printed, for hotels or restaurants. Fanzart’s innovative designs combined with their unmatched quality, has catapulted the brand to become the market leaders in the category. The fanzartproduct are available in any of Fanzart’s 60 Experience Centres (PAN India) as well as www.fanzartfans.com.