Home Electronics News Data Centers: How Much Energy Do They Really Use? 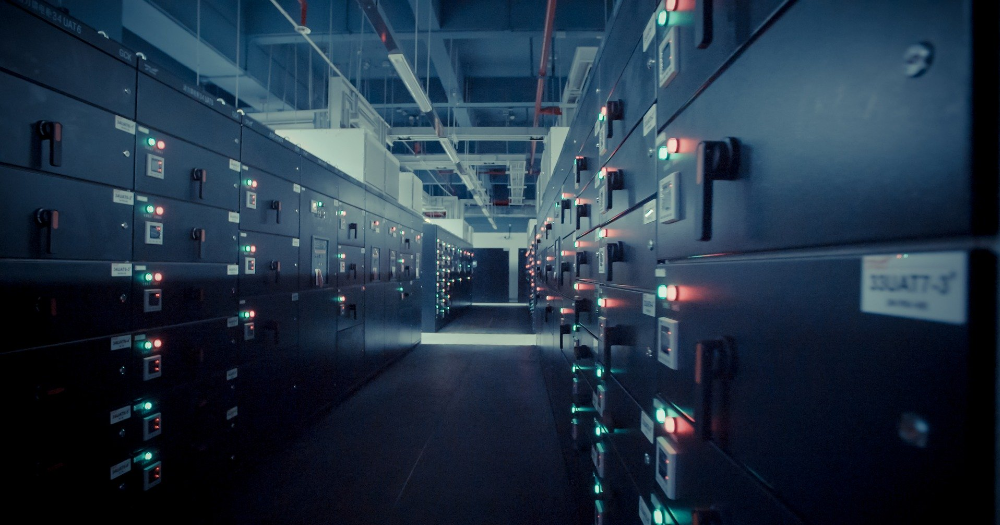 So, what is a data center? To the uninitiated, the term may not immediately have meaning the way that something like a server would. But a data center is incredibly important, and can be thought of as the internet’s brain; or rather, as one of its many brains, as there are countless data centers in existence. The role of the data center lies in information. Data centers store and communicate information, while at the same time processing it themselves. This is no small task, and it is connected to virtually every information center that we use on a daily basis, including streaming video, social media, and much more. Without data centers, it’s impossible for us to use the internet as we need. There is a need for data transmission and storage security in any modern enterprise, and data centers ensure that. But they don’t do it without a good bit of energy.

Energy is key to the running of almost everything that we’re dependent upon in this day and age. As much as we attempt to focus on conserving energy, this can only be done to a certain extent while internet services are functioning. For example, Google expends quite a bit of energy itself. Right now, Google is one of the largest energy consumers worldwide. It’s estimated that Google’s electricity could power over 200,000 homes. Needless to say, this means that data centers themselves are major expenders of energy. While certain choices can be made to ensure that energy is used properly and not wasted, data centers are always going to use their fair share. Let’s look into why, and how it works, and ultimately how much energy data centers expend, below.

How Do Data Centers Use Electricity?

Much of the energy used by data centers is made up of electricity. Ultimately data centers utilize a number of different IT services to handle their processes. This means that they have to use electricity to power such services. Servers, storage drives, and network devices ultimately power these data centers. Serves help process information requests, while storage drives store the files and data needed for that processing. Network devices, on the other hand, connect the data centers to the internet. This means they enable the outgoing and incoming flow of data. The process generates heat from the electricity usage, and that heat is removed from the data center through cooling equipment. However, that cooling equipment is also run by electricity, ultimately resulting in more energy expenditures. Think about the fact that half of the energy used in the average commercial building is used up by HVAC systems. The cooling equipment necessary to run a data center is quite similar in a sense.

In fact, those cooling centers account for the greatest usage of electricity in data centers, along with servers. Storage drives and network devices follow as the next greatest energy users in this system. The more that IP traffic increases, of course, the more energy is necessary to run the data centers. IP traffic is only increasing as the years go on and Americans become more dependent on the internet; in a post-pandemic world, where remote work and delivery services are more relied upon than ever, people will only need data centers and the energy that they use more. In total, between 2010 and 2018, the IP traffic worldwide increased by ten times. At the same time, global data center storage capacity increased by 25%. This is all to say that while a lot of energy is already being used over time, it will only increase due to this growth trend. People are only going to need the internet and data centers more, and therefore data centers will need energy more.

Is There An Exact Amount of Energy Being Used By Data Centers?

The big question for many is whether or not there is an exact amount of energy being used by data centers. It’s difficult to give a precise number, as the energy usage is always building in fluctuating as discussed above. Furthermore, there are no official statistics on data center energy usage on a national or global level. “Bottom-up” studies are mathematical models used to estimate data center energy usage, but they’re rather expensive and time-consuming, which means that they aren’t often run. This is why the most recent bottom-up study dates back to 2011.

The contrast to bottom-up studies is the extrapolation study, which essentially takes bottom-up studies and scales them up or down on the basis of global IP traffic or data center investments. This means that what extrapolation studies offer is truly based on estimates, and they ultimately become much simpler. Therefore, they can be used as gap-fillers in between bottom-up studies. The issue with these studies is that they can sometimes estimate larger growth patterns in energy consumption than there actually are. While they do tend to skew towards the assumption that a growing demand for data will always equal a growth in data center energy usage, this is not always the case.

However, recent studies have suggested that the increased usage of data centers does not necessarily equal an excessively large amount of energy usage. Between 2010 and 2018, there was only a 6% rise in global data center energy usage. Though this may seem surprising at first, it makes more sense when contextualized.

While the somewhat small increase in data center energy usage may be confusing at first, it makes more sense when the energy efficiency of new IT devices is taken into account. Servers and storage devices in particular have grown in energy efficiency on a substantial level. There has also been a greater use of server virtualization software, enabling multiple applications to run on a single server. Cloud-and-hyperscale-class data centers have also taken over most compute instances, and these have access to ultra-efficient cooling systems.

Therefore, while it’s understandable that there is concern about data center energy usage, the good news is that they don’t use as much energy as many assume. For that matter, there is no avoiding the use of data centers. Therefore, Americans can feel good about relying upon them, though they should remain conscious about their energy usage in general.