Home Electronics News Could Net Neutrality Return After The 2020 Election? 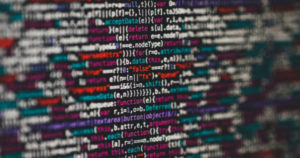 In 2015, the Obama administration enacted Net Neutrality guidelines and legislation in order to promote a free and open internet, encouraging business without pressuring smaller internet providers out of business. Additionally, these guidelines prevented internet providers from favoring certain websites over others, creating an equal playing field for content generation. In 2020, data production is estimated to be 44 times greater than it was in 2009, with experts approximating a 4,300% increase over that time period. Who controls that data production and dissemination is understandably an important conversation. While these regulations have quietly slipped out of existence during the Trump administration, there’s a chance the 2020 presidential election could make them a significant talking point once again.

A Brief History Of Net Neutrality

Net Neutrality as a concept was not originally involved in the creation of the internet. Previously, online connection was mostly used for peer-to-peer file sharing through programs like Napster, first created in 1999. However, as the internet became an ever-present force in day-to-day modern life, connection to the web became more of a necessity. This put telecommunications companies in a unique position, and without some degree of regulation, there was a possibility for these companies to greatly shape the nature of communication, the economy, and more. Net neutrality came into effect, preventing companies from setting preferential speeds. However, this concept did not continue into the Trump administration. The FCC repealed previously existing regulations on net neutrality recently, despite public interest for maintaining net neutrality.

What The Future Of The Web Could Hold

With the 2020 election quickly approaching, many Democratic candidates are looking to bring the Net Neutrality conversation back to the table. While not all candidates have made their positions clear yet, most have come forth in support of a free and open internet, and have said they would support further actions to promote net neutrality. Some activists have even challenged the most popular Democratic candidates to sign a pledge stating that they will commit to instilling net neutrality nationwide. While some states have begun implementing their own measures to secure a free and open internet, it will likely fall to the shoulders of the winner for the 2020 presidential election to make it a national issue once again.