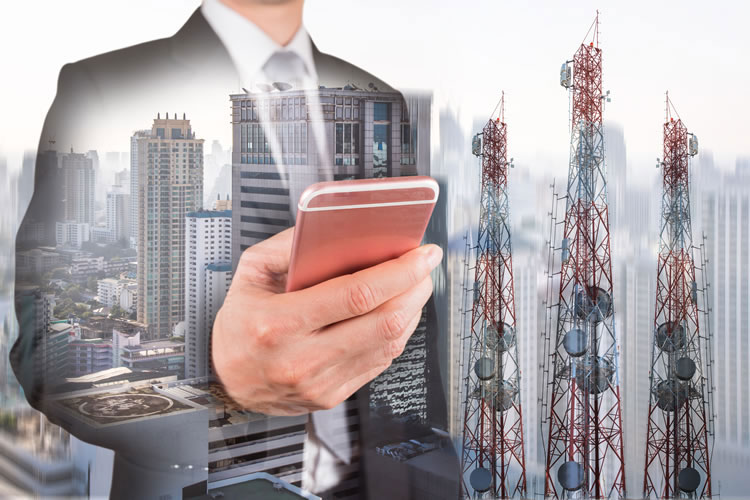 The growing demands and challenging requirements placed on the mobile communication industry has resulted in the introduction of the 5th Generation (5G) mobile communication technology, with a new radio access network and interface being developed. Called the 5G New Radio (NR), it is equivalent to how LTE is used to describe the 4G technology or UMTS to describe the 3G Technology. As a start to the 5G New Radio, the 3GPP release 15 specifications were approved in June 2018, delivering the first set of 5G standards.

Since the adoption of 4G, the mobile telecommunication industry in India has witnessed massive compounded growth in a short period of time. With the cost per gigabyte of data cheaper than ever, smartphone users in India have grown used to faster 4G access. Although the growth of 4G in India is outstanding, several key system performance issues, such as consistent data coverage and call drops, persist.  A growing population with increasing consumer demands, along with the futuristic vision for “Smart Cities” and “Digital India”, have put additional pressure to initiate 5G-based services in India.

In a developing country such as India, 5G is set to bridge the gap between urban and rural India. With about 70% of its population still living in rural and remote areas, services such as enhanced mobile broadband (eMBB), ultra-reliable low latency communication (URLLC), and massive machine-type communication (mMTC)that 5G provides will certainly aid progress across multiple dimensions, such as education, medicine, and agriculture. Although network accessibility and data coverage has been a problem in the past, Indian government initiatives, such as “Digital India”, aim at improving and multiplying internet accessibility, primarily in rural areas. Considering that 5G services multiply broadband access by more than an order of magnitude, India will soon look to reap rewards of the “Digital India” vision.

As of 2017, the Telecomm Regulatory Authority of India (TRAI) had announced the auction of 3300 MHZ -3600 M Hz bands to support 5G services. Furthermore, India will also support the use of the 24.25-27.75 GHz (26 GHz) frequency band for 5G network deployment, as announced at the Asia-Pacific Telecommunity Conference.With plans to roll out the 5G services for consumers in India by 2020, the Indian telecom industry has already begun 5G network trials. For example,Bharati Airtel and Huawei have successfully conducted a network trial for 5G at Bharati Airtel’s network experience centre in Manesar, Gurgaon.  5G promises many economic benefits for India’s population and for the network operators, promising a rewarding environment for the creation ofa robust communication ecosystem in our country.

This article is an overview of five key technical aspects of the 5G physical layer that enable this global communication standard to deliver an abundance of reliable, data-rich, and highly-connected applications.

Researchers have been investigating several different multi-carrier waveforms in recent years and proposing them for 5G radio access.  Waveforms that use Orthogonal Frequency Division Multiplexing (OFDM) lend themselves well to Time Division Duplex (TDD) operation.  They support delay-sensitive applications and have demonstrated successful commercial implementation with efficient processing of ever larger bandwidth signals.  Also, the high spectral efficiency and MIMO compatibility that OFDM signals can achievehelps meet the extreme data rate and density coverage needs of a new global cellular communications standard.  Furthermore, with the channel estimation and equalization techniques, OFDM waveforms demonstrate great resiliency against frequency-selective channels.  By means of attaching a copy of the end of the OFDM symbol to the beginning of the symbol (a cyclic prefix), a receiver can better tolerate synchronization errors and prevent inter-symbol interference (see Figure 1).  The 3GPP settled on the use of Cyclic Prefix OFDM (CP-OFDM) as the waveform of choice for 5G downlink and uplink, with modulation schemes up to 256-QAM.

A completely new aspect of the 5G New Radio is its operation in multiple frequency bands ranging from existing cellular bands (below 3 GHz) to wider bands between 3 and 5 GHz, and up to the millimeter wave region of the spectrum. Figure 3 illustrates the current bands defined for NR operation above 6 GHz:

As the carrier frequency increases, so does the system phase noise. For example, looking on the carrier phase noise plot of Figure 4, the difference in phase noise between a carrier at 1 GHz and 28 GHz is about 20 dB. This phase noise increase would make it very difficult for a receiver to demodulate OFDM waveforms with the narrow, fixed SCS and symbol duration of LTE at mmWave frequencies.

Additionally, in mobility scenarios, the channel coherence time decreases as the carrier frequency increases, due to doppler shift effects. Therefore, at higher carrier frequencies the system has less time to measure the channel and finish a single slot transmission. Using a narrow subcarrier spacing at millimeter wave frequencies would result in very high EVM and considerable performance degradation.

The 3GPP standardized on a flexible subcarrier spacing approach that scales the space between orthogonal subcarriers, starting with the 15 KHz subcarrier spacing of LTE. One of the fundamental reasons for leveraging the LTE numerology had to do with the ability of NR deployments to coexist and be time-aligned with LTE networks during the first deployments.

The NR subcarrier spacing scales according to the following formula[i][ii]:

5G NR implements a flexible frame structure. NR slots have 14 OFDM symbols (although there is a special case for 60 kHz SCS that can have an extended CP and 12 OFDM symbols). Since OFDM symbol duration has an inversely proportional relationship with SCSs, the duration of the slots scales down as SCS increases. The frame structure numbers the slots and groups them into subframes of 1 millisecond duration. Figure 7 shows the standard NR slot and frame structure.

NR plans to take full advantage of the distributed and uncorrelated spatial location of multiple users to multiplex users in space and increase the spectrum efficiency. Thanks to multi-user MIMO (MU-MIMO) technology, the gNB (base station) sends simultaneous data streams to different users, maximizing the signal strength at each user’s location, while presenting minimum signal strength (a null) in the directions of the other receivers. Consequently, the gNB talks to multiple UEs independently and simultaneously, as Figure 8 shows.

A massive MIMO configuration takes place when a system has many times more gNB antennas than the number of UE per signaling resource.The large number of gNB antennas relative to the number of UE can yield huge gains in spectral efficiency and enable the system to serve many more devices simultaneously within the same frequency band, compared to today’s 4G systems (see Figure 9.) National Instruments, along with industry leaders such as Samsung, continues to demonstrate the viability of massive MIMO systems with its platform of software-defined radio and flexible software for rapid wireless prototyping.

5G systems operating at 28 GHz or above have the advantage of more available spectrum for larger channels. Although there is less spectral crowding at these frequencies than below 6 GHz, there are very different propagation effects such as higher free-space path loss and atmospheric attenuation, weak indoor penetration, and poor diffraction around objects.
To overcome these undesired effects, mmWave antenna arrays can focus their beams and take advantage of the antenna array gain. Fortunately, the size of these antenna arrays decreases as the frequency of operation increases, allowing for a mmWave antenna array with many elements taking up the same area that a single sub-6 GHz element would occupy, illustrated in Figure 10.

In future 5G applications, a large diversity of devices and equipment will have to operate successfully across many different bands with varied spectrum availability. An example is a situation in which a UE with limited RF bandwidth operates alongside a more powerful device that can fill a whole channel using carrier aggregation, as well as a third device that can cover the whole channel with a single RF chain , as shown in Figure 11.

While wide bandwidth operation has a direct effect on the data rates that users can experience, it comes at a cost. When UEs don’t need high data rates, the use of wide bandwidth leads to inefficient use of RF and baseband processing resources.  5G NR introduces the new concept of bandwidth parts (BWP) where the network can negotiate for certain UE to occupy one wideband carrier, and separately it can configure other UE with a subset of contiguous resource blocks. This allows for a greater diversity of devices with varying capabilities to share the same wideband carrier.  This kind of flexible network operation that adjusts to a UE’s differing RF capability does not exist in LTE.

Figure 12 shows the allocation of two BWPs (BWP 1 and 2) to one UE while reserving a third, full-channel, overlapping BWP (BWP 3) for potential use by another higher-bandwidth UE or application.

Thanks to higher bandwidth channels and multiple numerology options, NR systems will operate in both sub-6 GHz and mmWave bands with appropriate handling of multi-path delay spread, channel coherence time, and phase noise. NR will make use of the latest developments in massive MIMO and beamforming technology to maximize spectral efficiency and guarantee better quality of service for a larger number of users. Additionally, considering the commercial practicalities of deploying different UEs with different RF capabilities, the new concept of BWP in NR will lead to more energy-efficient UE operation and superior spectrum management.
Although creating the next generation of 5G devices presents significant design and test challenges, National Instruments’ platform-based approach to design, prototype, and test wireless technologies will be a key enabling factor to turn 5G into a reality within the next decade.