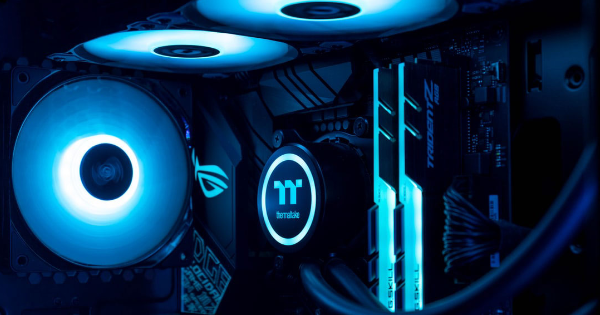 Gaming of some sort has been popular for as long as computers have been available for recreational use. Of course, games have certainly progressed since then. Not only have they become more complex, but there are also more types of gaming consoles available. Games have grown to feature detailed stories and intricate types of play. At the same time, the number of gamers has increased. Gaming is popular regardless of age, gender, sexuality, or race. In fact, it’s been targeted as one of the few industries that hasn’t been negatively impacted in a major way by the COVID-19 pandemic. While a lot of people have been unable to go to music venues as they once did, or even visit movie theaters, gaming can and most often is done at home. Nonetheless, as many grow more passionate and serious about gaming, they might be interested in stepping up their ability to game and the abilities of their consoles. While different gaming setups have become more accessible, almost everyone has a PC. And with some tweaks, even more basic PCs can potentially sustain some games.

Traditionally, PCs were the consoles of choice for dedicated gamers. Furthermore, YouTube tutorials of different games, typically meant to be viewed on PCs, is often how younger gamers become interested in the scene in the first place. While options like Xbox and Playstation change and upgrade over time, often needed to be replaced, PCs can be added to and altered more easily. In fact, a lot of people build their ideal gaming PCs themselves. This ultimately makes it easier for people to get exactly what they want when gaming on PCs, while they may have a more limited experience through other consoles. Of course, a desktop computer isn’t the only manner through which people can game. Laptops have also become advanced enough to sustain games, especially with certain modifications. With that being said, below are some of the primary modifications and upgrades gamers can make to improve the gaming performance of their laptops or PCs.

One of the main issues that dedicated gamers have with gaming on laptops is speed. It’s incredibly important for computer games to run quickly. A lagging game can completely throw off an individual’s ability to fully enjoy their gameplay, and it’s especially problematic if the game is multi-player. This is a real factor to keep in mind when choosing a PC or laptop. Consider the fact that over 200 million copies of Minecraft have been sold as of May 2020. Many Minecraft players play with others, only increasing the popularity of multi-player games. Updating laptop drivers can actually make a game run much faster. Usually, this is a simple process. However, graphics drivers can make the process more complex. You may have to manually update and download certain drivers, but you should periodically check to see if you need to do so if your games are running slowly.

Another consideration that laptop owners should keep in mind is the idea of overclocking the laptop graphics card in order to optimize gaming. Overclocking allows the graphics card to perform more optimally, though it can be a bit difficult for beginners, or even risky. There are tools available to make this happen for those working with AMD and Nvidia GPUs. Overclocking can run the risk of overusing the machine’s power, or overheating it. But done carefully, it can change the performance of the machine entirely.

This may seem a bit obvious, but it’s overlooked by a lot of people. Many who wonder about why their PCs or laptops aren’t performing as well as they should often can look to dirt and dust as the culprits. Even when we don’t intend any harm to our laptops and computers, they often collect dust simply by sitting where they are. It’s ideal to take them in to be cleaned by a professional every year or so. At the same time, those that are serious about gaming can also have them serviced. If you’d rather save the money, you can look up ways in which your laptops and desktops can be deep-cleaned. Just remember that though vents are often the primary targets for cleaning, keyboards should be given attention as well.

There are a number of different factors that can affect the appearance of graphics in a game. This is perhaps most affected by DirectX, which has seen a number of different iterations over the years. The latest version was released in 2015, and is DirectX 12. Anyone who owns a Windows 10 laptop already has this version. However, everyone else should otherwise check to see if they can update to DirectX 12 in order to have it running at its best possible ability. Keep in mind that if this particular application is not running to its best ability, gamers are not getting the optimal version of the game. It’s estimated 73% of companies invest in design to enable their brand to stand out from competitors. When DirectX 12 is not updated, this design is not working at its best.

A number of different laptops and desktop computers don’t actually run as well as they could simply because their power settings have not been properly configured. This problem can be theoretically managed much more easily than others, because changing power settings is a straightforward process. A laptop should be connected to a power outlet whenever a person is actively gaming, but otherwise the user can move to change their advanced power settings.

There are a lot of different reasons why a gaming machine isn’t working as well as it should be. These could be related to power, or to software, or even the physical capabilities of the machine itself. At times, it may be necessary to upgrade to a different laptop or desktop entirely. But if your current machine can be upgraded, why not try that first?